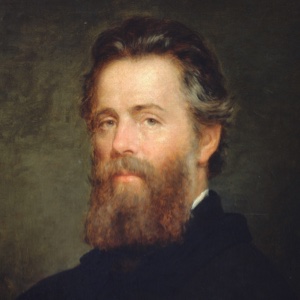 Herman Melville (1819 – 1891) was an American novelist, short story writer and poet. Although he spent his earliest years in favorable circumstances, he was later to face many difficulties. At the age of twenty, after a number of attempts to secure regular employment, he settled on a career as a seaman. Although his time at sea was relatively short, it became the inspiration for his best known novels, including Moby Dick and Billy Budd. Most of his works were not well received during his lifetime and weren’t recognized as classics until many years later.

As a man-of-war that sails through the sea, so this earth that sails through the air. We mortals are all on board a fast-sailing, never-sinking world-frigate, of which God was the ship-wright… Thus sailing with sealed orders, we ourselves are the repositories of the secret packet, whose mysterious contents we long to learn. There are no mysteries out of ourselves.

Who conquers indolence will conquer all the rest.

Guy Finley explains that real freedom is not found through obtaining powers or possessions, but in understanding the “wanting” nature within us that feels a captive of anything that interferes... END_OF_DOCUMENT_TOKEN_TO_BE_REPLACED