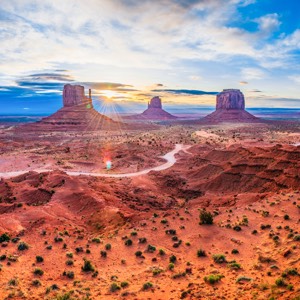 J.G. Bennett (1897 – 1974) was a British mathematician, scientist, technologist, industrial research director, and author. He is best known for his books on psychology and spirituality, particularly on the teachings of G. I. Gurdjieff. Bennett met Gurdjieff in Istanbul in October 1920 and later helped to coordinate the work of Gurdjieff in England after Gurdjieff had moved to Paris.

When all limitations are transcended, nothing remains but the One Will that is ‘I.’

There are two basic duties for man in this life: one is to serve nature and the other is to find God.

Without humiliation, Love, when it enters the conditioned world, gets caught into the polarity of love and hate and finishes as its own opposite.

Divine Love does not derive its power from separation but from union. It is not fullness but emptiness, not Being but the Void.

The “man of the way” is a familiar concept in all religions. The elect are “called to be saint.” The Buddhist marga, the “path of liberation,” once entered will be followed to the attainment of perfected being. The man of the way in Sufism is the salik or seeker of the truth.

It was the very essence of Gurdjieff’s teaching that the pupil must stand on his own feet and he took every measure, sometimes apparently harsh and brutal, to break down any tendency towards dependence upon himself. He would go to the length of depriving himself of much-needed helpers in his work rather than allow a relationship of dependence, or subordination. At the same time, he took for granted that a teacher is necessary and made it clear why this is so.

No man can work alone until he knows himself, and no one can know himself until he can be separate from his own egoism. The teacher is always needed to apply the knife, to sever the true from the false, but he can never work for his pupil, nor understand for him, nor be for him. We must work, and understand, and be, for ourselves.

It is not necessary to think of revelation as a source of knowledge which is either contrary to reason or above reason… On the contrary it would not be difficult to show that the true idea of revelation, that which is most honoring to God, is at the same time that which is most ennobling to man — the idea, that is, of a revelation which addresses itself not to the ear or the logical understanding only, but to the whole spiritual nature.

What is your number one need in life? Of course your physical body has needs that must be met if you are to survive. And you need social interaction and... END_OF_DOCUMENT_TOKEN_TO_BE_REPLACED

"Everyone of us has had experiences which we have

"The best way to come to truth being to examine th

"The man whose inner life is well-ordered, is not