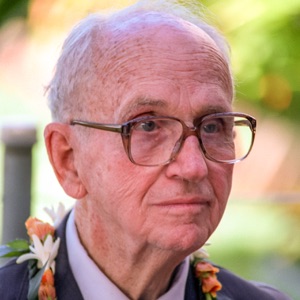 James Albert Michener (1907 – 1997) was an American author. He wrote more than 40 books, most of which were lengthy, fictional family sagas covering the lives of many generations. Michener had numerous bestsellers and was known for his meticulous research. Michener began his writing career during World War II, when as a lieutenant in the U.S. Navy he was assigned to the South Pacific as a naval historian. He later turned his notes and impressions into Tales of the South Pacific (1947), his first book, published when he was age 40. It won the Pulitzer Prize for fiction in 1948, and Rodgers and Hammerstein adapted it as the hit Broadway musical South Pacific.

For this is the journey that men make: to find themselves. It doesn’t matter what else they find: fame, fortune, many loves, revenge… when the tickets are collected at the end of the ride, they are tossed in the bin marked failure.

But if a man happens to find himself, the extent of his courage, the limit of his dedication, the position in life from which he can no longer retreat, he has found a mansion he can inhabit with dignity all the days of his life.

What is a man advantaged if he gain the whole world and lose himself.

Guy explains what it means to “practice the presence” and sustain a relationship with a higher part of ourselves in the present moment. It starts with working to remain in... END_OF_DOCUMENT_TOKEN_TO_BE_REPLACED