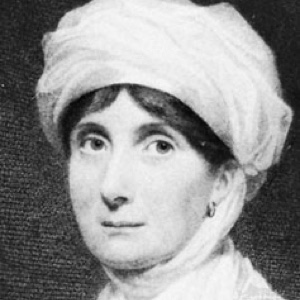 Joanna Baillie (1762 – 1851) was a Scottish poet and dramatist, known for works including Plays on the Passions (three volumes, 1798-1812) and Fugitive Verses (1840). Her writing exhibits an interest in moral philosophy. Growing up as a Presbyterian minister’s daughter, religion had always been important to Baillie. Few women writers have received such universal praise for their personal qualities and literary powers as Joanna Baillie. She had intelligence and integrity and they were allied to a modest demeanor, as well as being a shrewd, observant of human nature.

The brave man is not he who feels no fear, for that were stupid and irrational, but he whose noble soul subdues its fear and bravely dares the danger nature shrinks from.

With the coming of the New Year, people everywhere are thinking about shedding the past, breaking painful old patterns, and making a fresh start. If you’ve been wishing to make... END_OF_DOCUMENT_TOKEN_TO_BE_REPLACED