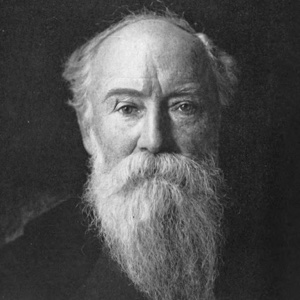 John Burroughs (1837 – 1921) was an American naturalist and nature essayist, active in the U.S. conservation movement. The first of his essay collections was Wake-Robin in 1871. Many of Burroughs’ essays first appeared in popular magazines. He is best known for his observations on birds, flowers and rural scenes, but his essay topics also range to religion, philosophy, and literature. Burroughs was a staunch defender and admirer of contemporaries Walt Whitman and Ralph Waldo Emerson.

The waters know their own, and draw
The brook that springs in yonder heights;
So flows the good with equal law
Unto the soul of pure delights.

The stars come nightly to the sky;
The tidal wave comes to the sea;
Nor time, nor space, nor deep, nor high,
Can keep my own away from me.

The lure of the distant and the difficult is deceptive. The great opportunity is where you are.

More than all things, love silence. It brings you a fruit that tongue cannot describe. In the beginning we have to force ourselves to be silent. But then there is born something that draws us to silence. May God give you an experience of this “something” that is born of silence. If you only practice this, untold light will dawn on you in consequence. After a while a certain sweetness is born in the heart of this exercise and the body is drawn almost by force to remain in silence.

We all have negative reactions, probably multiple times every day. We spill coffee grounds on the counter. We’re already running late when we’re stuck in traffic. Then, here comes that... END_OF_DOCUMENT_TOKEN_TO_BE_REPLACED