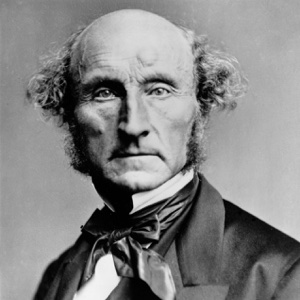 John Stuart Mill (1806 – 1873) was a British philosopher, political economist, civil servant, and naturalist. Educated at home by his father, he was tasked as schoolmaster to his younger siblings at the age of eight. He later attended some courses in France at the Faculte des Sciences. At the age of seventeen he became a junior clerk for the British East India Company where he served as a colonial administrator for over thirty years. His best remembered works include System of Logic, On Liberty, and Utilitarianism.

The fatal tendency of mankind to leave off thinking about a thing when it is no longer doubtful, is the cause of half their errors.

Strong impulses are but another name for energy. Energy may be turned to bad uses, but more good may always be made of an energetic nature, than of an indolent and impassive one.

Who would claim that they are living according to God who throughout whole days or even months and years do not sigh out to God and do not aspire to God? A clear sign of death is not breathing. If this breathing is prayer, not to pray is a sign of death. The spiritual life, by which we are children of God, is rooted in love… Who loves without wanting to see the person he loves? God asks nothing of the highest soul but attention.

As I write this, it is early September. Later in the month, in the northern hemisphere, it will be the autumnal equinox, the day when summer ends and fall begins.... END_OF_DOCUMENT_TOKEN_TO_BE_REPLACED