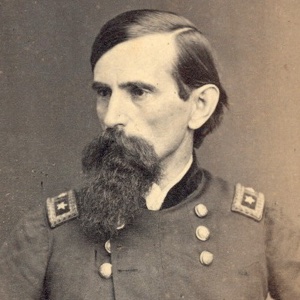 Lew Wallace (1827 – 1905) was an American soldier, author, diplomat, and lawyer. At sixteen Wallace left school to earn his own wages, also joining the Marion Rifles, a local militia. At the start of the Mexican-American War, Wallace was studying law at his father’s law office, but left that pursuit to establish a recruiting office for the Marion Volunteers in Indianapolis. His military career included service in the Mexican-American War and the American Civil War. Wallace was later appointed governor of the New Mexico Territory and served as U.S. minister to the Ottoman Empire. Although he wrote several books, Wallace is best known for his historical adventure story, Ben-Hur: A Tale of the Christ (1880), which established his fame as an author.

The mood of one who, seeing himself carried swiftly towards an event of mighty import, has nothing to do but wait — the mood in which philosophy vests an even-minded man with the utmost calm, and is ever so serviceable.

As the mind is made intelligent, the capacity of the soul for pure enjoyment is proportionately increased.

People, generally, are not aware of the ease of mind there is in knowing where they are, and where they are going. The sensation of being lost is a keen distress.

I knew not the light, and I thought there was no sure truth in life; but when I perceived that only light enables men to live, I sought to find the sources of the light… And when I reached this source of light I was dazzled with the splendour, and I found there full answers to my questions as to the purpose of the lives of myself and others.

Being alone holds beautiful possibilities for the person who is open to them. I don’t know if you’ve noticed, but it’s hard not to these days: it seems like everyone... END_OF_DOCUMENT_TOKEN_TO_BE_REPLACED