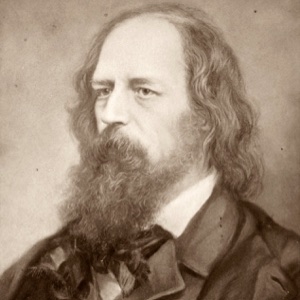 Lord Alfred Tennyson (1809 – 1892) was the Poet Laureate of Great Britain and Ireland during much of Queen Victoria’s reign and remains one of the most popular British poets. As source material for his poetry, Tennyson used a wide range of subject matter ranging from medieval legends to classical myths, and from domestic situations to observations of nature. His poetry is remarkable for its rich imagery, and use of the musical qualities of words to emphasize rhythms and meanings.

Man is man, and master of his fate.

A kind of waking trance I have frequently had, quite up from boyhood, when I have been all alone. This has generally come upon me through repeating my own name two or three times to myself, silently, till all at once, as it were, out of the intensity of the consciousness of individuality, the individuality itself seemed to fade away into boundless being, and this not a confused state, but the clearest of the clearest, the surest of the surest, utterly beyond words, where death was almost a laughable impossibility, the loss of personality (if so it were) seeming no extinction but the only true life… I am ashamed of my feeble description. Have I not said that the state is beyond words?

In this excerpt from an online study group on 7/11/17, Guy says the more you study the inner judger, the stronger the true observer becomes. The full replay of this... END_OF_DOCUMENT_TOKEN_TO_BE_REPLACED