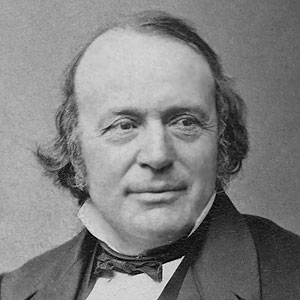 Louis Agassiz (1807 – 1873), full name Jean Louis Rodolphe Agassiz, was a Swiss-American biologist and geologist recognized as an innovative and prodigious scholar of Earth’s natural history. Agassiz grew up in Switzerland, and received doctor of philosophy and medical degrees at Erlangen and Munich, respectively. Agassiz was appointed professor of natural history at the University of Neuchatel. He emigrated to the United States in 1847 after visiting Harvard University, where he went on to become professor of zoology and geology. Agassiz was one of the brave few who resisted Darwinian evolution.

Nature brings us back to absolute truth whenever we wander.

Let him know how to choose the mean and avoid the extremes on either side, as far as possible, not only in this life but in all that which is to come. For this is the way of happiness.

There is one thing most of us long for: A new beginning. Doesn’t it feel as though we carry so much baggage with us? Old pains, resentments, fears, insecurities —... END_OF_DOCUMENT_TOKEN_TO_BE_REPLACED