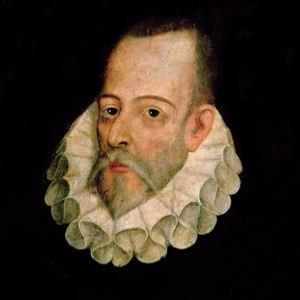 Miguel de Cervantes (1547 – 1616) was a Spanish playwright, poet, and novelist. Little is known about his early life, but from 1571 to 1575 Cervantes served as a soldier. On his way back to Spain in 1571, his ship was captured by pirates and he was held captive as a slave. He was released in 1580 after the requested ransom was paid. He wrote numerous plays over the next 25 years, as well as some stories and poems, but didn’t achieve true success until the release in 1605 of the first volume of his famous novel Don Quixote.

Many go out for wool, and come home shorn themselves.

Happy is the man to whom Heaven has given a morsel of bread without laying him under the obligation of thanking any other for it than Heaven itself.

Religion is doing. A man does not merely think his religion or feel it, he lives his religion as much as he is able, otherwise it is not religion but fantasy or philosophy.

By Guy Finley, OneJourney Founder I can think of no greater encouragement than the self-evident Truth that there dwells in each of us the opportunity to explore and know the... END_OF_DOCUMENT_TOKEN_TO_BE_REPLACED