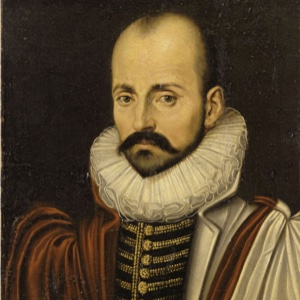 Michel Eyquem de Montaigne (1533 – 1592) was one of the most significant philosophers of the French Renaissance, known for popularizing the essay as a literary genre. His work is noted for its merging of casual anecdotes and autobiography with intellectual insight. His massive volume, Essais, contains some of the most influential essays ever written. However, during his lifetime he was admired more as a statesman than as an author. Montaigne had a direct influence on Western writers, including Francis Bacon, René Descartes, Blaise Pascal, Jean-Jacques Rousseau, William Hazlitt, Ralph Waldo Emerson and Friedrich Nietzsche.

This is the greatest work of all. In order to show and release her powers, Nature has no need of fortune; she shows herself equally on all levels, and behind a curtain as well as without one. To compose our character is our duty, not to compose books, and to win, not battles and provinces, but order and tranquility in our conduct. Our great and glorious masterpiece is to live appropriately. All other things, to rule, to lay up treasure, to build, are at most but little appendices and props.

Oh Great Spirit whose voice I hear in the winds, I come to you as one of your many children. I need your strength and your wisdom. Make me strong not to be superior to my brother, but to be able to fight my greatest enemy, Myself.

Talk summary: In this podcast, Guy Finley talks about our present level of mind that spends its energy trying to resolve the very problems that it creates.   Talk notes:... END_OF_DOCUMENT_TOKEN_TO_BE_REPLACED

This pulling out of the imagination which I am recommending, will also forbid us to summon up the memory of past misfortune, to paint a dark picture of the injustice or harm that has been done us, the losses we have sustained, the insults, slights and annoyances to which we have been exposed, for to do that is to arouse fresh life into all those hateful passions long laid asleep — the anger and resentment which disturb and pollute our nature.