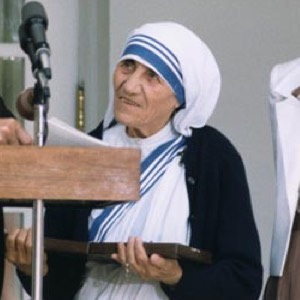 Mother Teresa (1910 – 1997), born Anjeze Gonxhe Bojaxhiu, was an Albanian-Indian Roman Catholic nun and missionary, honoured in the Roman Catholic Church as Saint Teresa of Calcutta. At eighteen, she moved to Ireland and then to India, where she lived for most of her life. Teresa has been admired by many for her charitable work.

I am a little pencil in the hand of a writing God who is sending a love letter to the world.

Explorers throughout time have opened up the wonders of this beautiful planet, and taken us to the stars. As individuals we may not have the opportunity to make such exciting... END_OF_DOCUMENT_TOKEN_TO_BE_REPLACED