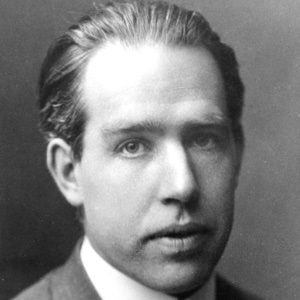 Niels Bohr (1885 – 1962) was a Danish physicist who made foundational contributions to understanding atomic structure and quantum theory, for which he received the Nobel Prize in Physics in 1922. Bohr was also a philosopher and a promoter of scientific research. Bohr was influenced by the 19th-century Danish Christian existentialist philosopher, Soren Kierkegaard.

Everything I say must be understood not as an affirmation but as a question.

But if then you notice that it is great, rejoice because of this, for what (ask yourself) would solitude be that had no greatness. There is but one solitude, and that is great, and not easy to bear, and to almost everybody come hours when they would gladly exchange it for any sort of intercourse, however banal and cheap, for the semblance of some slight accord with the first comer, with the unworthiest… But perhaps those are the very hours when solitude grows, for its growing is painful as the growing of boys and sad as the beginning of spring-times. But that must not mislead you. The necessary thing is after all but this: solitude, great inner solitude. Going into oneself and for hours meeting no one — this one must be able to attain.

Over the last several months we’ve witnessed a chain of shocking events involving both war and personal tragedy. Why do people fight? Why do people hate their own lives? In... END_OF_DOCUMENT_TOKEN_TO_BE_REPLACED