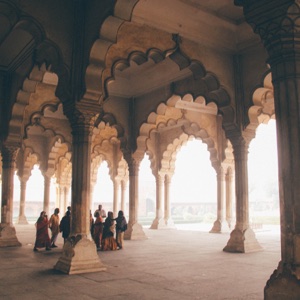 Nisargadatta Maharaj (1897 – 1981) was a Hindu teacher of nondualism, belonging to the Inchagiri Sampradaya, a lineage of teachers from the Navnath Sampradaya and Lingayat Shaivism. He was brought up in Kandalgaon, a small village in the Sindhudurga district of Maharashtra. In 1915, after his father died, he moved to Bombay to support his family back home. Initially he worked as a junior clerk at an office but quickly he opened a small goods store, and soon owned a string of eight retail shops. He was introduced to his teacher, Siddharameshwar Maharaj, in 1933. The publication in 1973 of I Am That, an English translation of his talks in Marathi by Maurice Frydman, brought him worldwide recognition, especially in North America and Europe. After he retired in 1966, Nisargadatta Maharaj continued to receive and teach visitors in his home, giving discourses twice a day until his death.

The world is like a sheet of paper on which something is typed. The reading and the meaning will vary with the reader, but the paper is the common factor, always present, rarely perceived. When the ribbon is removed, typing leaves no trace on the paper. So is my mind — the impressions keep on coming, but no trace is left.

It is the recognition or non-recognition of these principles that a man finds or fails to find freedom.

While the wounds of a loss are still fresh, it may seem impossible to see any good in it. But the loss can open our hearts to new understanding. As... END_OF_DOCUMENT_TOKEN_TO_BE_REPLACED