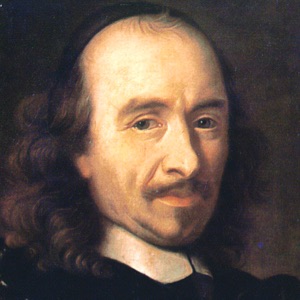 Pierre Corneille (1606 – 1684) was a French poet and dramatist. Following his education at the College de Bourbon, he was awarded the post of king’s counselor in the Rouen department of Forests and Rivers. He moved to Paris in 1629, where he soon became one of the foremost playwrights. Le Cid (1637), one of his most popular works, is often regarded as the first French classical tragedy.

Ambition becomes displeasing once it is satisfied; there is a reaction. Our spirit endlessly aims towards some object, then falls back on itself, having nothing else on which to rest, and having reached the summit, it longs to descend.

But now you are awake; it is but a dream you had! For horror’s prey in darkness of the night is but our reason’s sport in morning light.

Why does no man confess his vices? Because he is still in them. It is for a waking man to tell of his dreams.

No anxious state exists apart from the illusion that the security, happiness, and wholeness you long for exists somewhere outside of you — “in a time to come.” Then why... END_OF_DOCUMENT_TOKEN_TO_BE_REPLACED