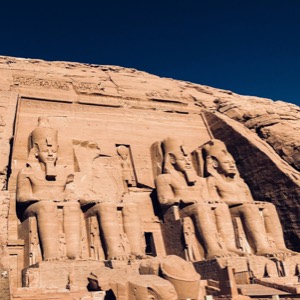 Ptahhotep (circa 2350 B.C.E.) was an ancient Egyptian city administrator during the reign of Pharaoh Djedkare Isesi in the Fifth Dynasty. He is credited with authoring The Maxims of Ptahhotep, an early piece of Egyptian “wisdom literature.” He wrote on a number of topics that were derived from the central concept of Egyptian wisdom and literature which came from the goddess Maat, who personified the concepts of truth, balance, order, harmony, law, morality, and justice. The text reads as advice and instructions from a father to his son and are said to have been assembled during the late Old Kingdom.

Emulate your forefathers, your ancestors… You see, their words remain in their writings open, that you may read and copy their wisdom.

Speech is mightier than all fighting.

Prayer that craves a particular commodity — anything less than all good — is vicious. Prayer is the contemplation of the facts of life from the highest point of view. It is the soliloquy of a beholding and jubilant soul. It is the spirit of God pronouncing his works good. But prayer as a means to effect a private end is meanness and theft. It supposes dualism and not unity in nature and consciousness. As soon as the man is at one with God, he will not beg. He will then see prayer in all action.

Cultures around the world set aside a day each year to express gratitude. Depending on the culture, the date varies, but it’s usually held around harvest time, when people have... END_OF_DOCUMENT_TOKEN_TO_BE_REPLACED