Quotations from the Tao Te Ching 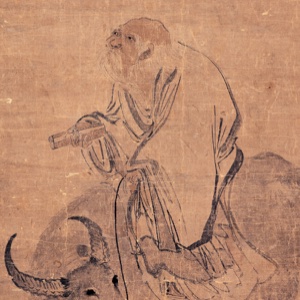 The Tao Te Ching (circa 600 B.C.E.) is a Chinese classic text traditionally credited to the 6th-century B.C.E. sage Lao-Tze. It has a long and complex textual history. Known versions and commentaries date back two millennia, including ancient bamboo, silk, and paper manuscripts discovered in the twentieth century. The Tao Te Ching, along with the Zhuangzi, is one of the two foundational texts of Taoism, strongly influencing other schools of Chinese philosophy and religion. Its influence has spread widely outside East Asia and it is among the most translated works in world literature.

Quotes from the Tao Te Ching…

Practice not doing and everything will fall into place.

The Way that can be named is not the Way.

That which you do not understand when you read, you will understand in the day of your visitation, for many secrets of religion are not perceived til they be felt, and are not felt but in the day of calamity.

We all know the feeling of wanting to break out of our skin, to drop all the self-limiting ideas that hold us captive, and be who we really are. But... END_OF_DOCUMENT_TOKEN_TO_BE_REPLACED