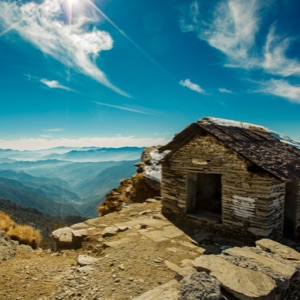 Kabir (circa 1398 – 1518) was a poet who flourished in India during the 15th century. Although the details surrounding his early life are uncertain, it is widely accepted that he was brought up in the Muslim weaver caste, Julaha. Kabir’s poems, which he called “utterances,” were verbally composed in the 15th century and transmitted orally through the 17th century. Kabir Bijak was compiled and written down for the first time in the 17th century.

I laugh when I hear that the fish in the water are thirsty. You don’t grasp the fact that what is most alive of all is inside your own house, and so you walk from one holy city to the next with a confused look!

Inside the heart there burns a large fire, yet no smoke is seen, but the fire grows higher. He who it burns away that flame does know, and he also knows He who did make it grow.

No longer able to laugh or to talk at all, changeable mind is finished, beyond recall!

Welcome evermore to gods and men is the self-helping man. For him all doors are flung wide. Him all tongues greet, all honors crown, all eyes follow with desire. Our love goes out to him and embraces him, because he did not need it. We solicitously and apologetically caress and celebrate him, because he held on his way and scorned our disapprobation. The gods love him because men hated him. “To the persevering mortal,” said Zoroaster, “the blessed Immortals are swift.”

Most of us have known many different kinds of love. There’s the love of sweethearts. The love of children and family. The love of the things we do, and of... END_OF_DOCUMENT_TOKEN_TO_BE_REPLACED