Quotes by The Desert Fathers 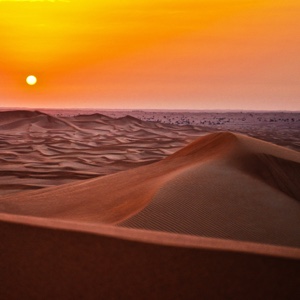 The Desert Fathers were early Christian hermits, ascetics, and monks who lived mainly in the Scetes desert of Egypt beginning around the third century A.D. The Apophthegmata Patrum is a collection of the wisdom of some of the early desert monks and nuns, in print as Sayings of the Desert Fathers. The most well known was Anthony the Great, who moved to the desert in about 270 A.D. and became known as both the father and founder of desert monasticism. By the time Anthony died in A.D. 356, thousands of monks and nuns had been drawn to living in the desert following Anthony’s example. The Desert Fathers had a major influence on the development of Christianity.

Quotes by The Desert Fathers…

Three brothers were in the habit of going to see the blessed Anthony every year. The first two would ask him questions about their thoughts and the salvation of the soul. But the third would keep silence without asking anything. Eventually Abba Anthony said to him, “You have been coming here to see me for a long time now and you never ask me any questions.” The other replied, “One thing is enough for me, Father… to see you.”

Abba Lot came one day to see Abba Joseph and said to him, “Father, I keep my little rule to the best of my ability. I observe my modest fast and my contemplative silence. I say my prayers and do my meditation. I endeavour as far as I can to drive useless thoughts out of my heart. What more can I do?”

The elder rose to answer and lifted his hands to heaven. His fingers looked like lighted candles and he said, “Why not become wholly fire?”

Once upon a time there was a Greek philosopher who told one of his disciples to give money to anyone who insulted him, for three years. At the end of this period of testing the master said to him, “Now you may go to Athens to learn wisdom.” Entering Athens the disciple met a wise man who was sitting by the city gate insulting all the passers-by. He did the same to the disciple who immediately burst out laughing. “Why do you laugh when I insult you?” demanded the wise man. “Because for three years I have been giving money to those who insulted me, and now you are doing it for nothing.” “Come into the city. It belongs to you,” replied the wise man. Abba John, who was in the habit of recounting this story would add: “That is the gateway to God.”

Great endeavors and hard struggles await those who are converted, but afterwards inexpressible joy. If you want to light a fire, you are troubled at first by smoke, and your eyes water. But in the end you achieve your aim. Now it is written: Our God is a consuming fire. So we must light the divine fire in us with tears and struggle.

The freer you feel yourself in the presence of another, the more free is he.

Just as we need to keep an eye on the kinds of friends we keep around us, so must we also remain aware of the circle of “friends” we keep... END_OF_DOCUMENT_TOKEN_TO_BE_REPLACED