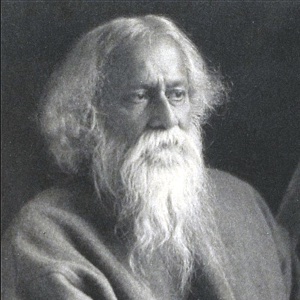 Rabindranath Tagore (1861 – 1941) was a Bengali polymath, poet, musician, and artist born in Calcutta, India. He reshaped Bengali literature and music by spurning rigid classical forms and resisting linguistic strictures. His novels, stories, songs, dance-dramas, and essays spoke to topics political and personal. Tagore’s poetic songs were viewed as spiritual and mercurial. However, his “elegant prose and magical poetry” remain largely unknown outside Bengal. Internationally, Gitanjali is Tagore’s best-known collection of poetry, for which he was awarded the Nobel Prize in 1913.

The infinite seeks the intimate presence of the finite, the finite to disappear in the infinite. I do not know whose scheme this is, that the bound should be on a search for freedom, freedom asking to be housed in the bound.

O, what authority and show of truth
Can cunning sin cover itself withal!

There are spiritual laws that govern what we will or won’t discover about ourselves in this lifetime. And when we understand that self-knowledge is to our spiritual growth what a... END_OF_DOCUMENT_TOKEN_TO_BE_REPLACED