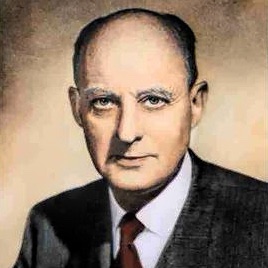 Reinhold Niebuhr (1892 – 1971) was an American theologian, ethicist, commentator on politics and public affairs, and professor at Union Theological Seminary for more than 30 years. He was born in Wright City, Missouri, the son of German immigrants. In 1915 Niebuhr was ordained a pastor, serving at Bethel Evangelical Church in Detroit, Michigan until 1928. He wrote and spoke frequently about the intersection of religion, politics, and public policy. In 1964 he received the Presidential Medal of Freedom.

Everything I say must be understood not as an affirmation but as a question.

As I write this, it is early September. Later in the month, in the northern hemisphere, it will be the autumnal equinox, the day when summer ends and fall begins.... END_OF_DOCUMENT_TOKEN_TO_BE_REPLACED