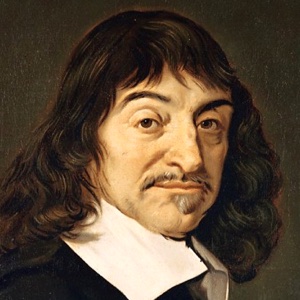 Rene Descartes (1596 – 1650) was a French philosopher, mathematician, and scientist. In 1607 he entered the Jesuit College of La Fleche. Following his graduation in 1614, he attended the University of Poitiers where he earned a Baccalaureate and License in Canon & Civil Law. After a short time in Paris, Descartes joined the Protestant Dutch States Army in Breda, and later the Catholic army of Maximilian I. After some years of travel he returned to the Dutch Republic, where he wrote all of his major works. In addition to his important contributions to mathematics, he is also regarded as one of the founders of modern philosophy. Two of his most famous works are Discourse on the Method and Meditations on First Philosophy.

He truly engages in battle who endeavours to surmount all the difficulties and errors which prevent him from reaching the knowledge of truth.

To be possessed of an energetic mind is not enough; the first requirement is to use it correctly.

Inasmuch as we neither seek nor shun any object except as our understanding represents it as either good or bad, all that is necessary to right action is right judgement… and the assurance of such an acquisition cannot fail to render us contented.

In the archer there is a resemblance to the mature person. When he misses the bullseye, he turns and seeks the reason for his failure in himself.

Everything we are is a reflection of greater powers than we can know, and our true strength comes in aligning ourselves with them. Pain is a universal condition. I’m talking... END_OF_DOCUMENT_TOKEN_TO_BE_REPLACED

The question at stake is no common one. It is, “Are we in our right sense or are we not?”

"The sage attends to the inner, and not to the out

"There is a pretty Indian fable to the effect that

"When you sincerely enter into prayer, you will co