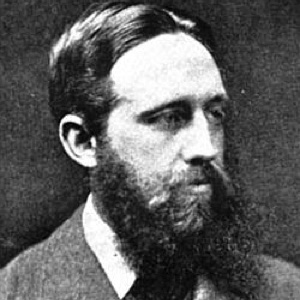 Richard Jefferies (1848 – 1887) was an English novelist, essayist, and naturalist. Growing up on a small farm in Wiltshire, he spent much of his early years in the countryside. He left school at the age of fifteen and by the age of eighteen began working as a reporter for the North Wiltshire Herald. Although many of his works found their base in his observations of nature, they still covered a diverse range of topics. Three such examples are Bevis (1882), a children’s book; After London (1885), a fantasy novel; and The Story of My Heart (1883), his spiritual autobiography.

There is an immense ocean over which the mind can sail, upon which the vessel of thought has not yet been launched… Let us haul it over the belt of land, launch on the ocean, and sail outwards. There is much beyond all that has ever yet been imagined.

One went to the door of the Beloved and knocked.
A voice asked, “Who is there?”
He answered, “It is I.”
The voice said, “There is no room for Me and Thee.”
The door was shut.
After a year of solitude and deprivation he returned and knocked.
A voice from within asked, “Who is there?”
The man said, “It is Thee.”
The door was opened for him.

All those wise and great beings who have come before us — whether from Asia, India, Europe, the Americas, and from across time — have all shared in the same... END_OF_DOCUMENT_TOKEN_TO_BE_REPLACED