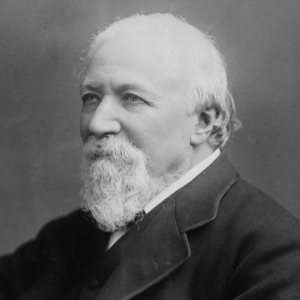 Robert Browning (1812 – 1889) was an English poet and playwright whose mastery of the dramatic monologue made him one of the foremost Victorian poets. His poems are known for their irony, characterization, dark humour, social commentary, historical settings, and challenging vocabulary and syntax. In 1846, Browning married the poet Elizabeth Barrett, and went to live in Italy. By the time of her death in 1861, he had published the crucial collection Men and Women. The collection Dramatis Personae and the book-length epic poem The Ring and the Book followed, and made him a leading British poet. He continued to write prolifically, but his reputation today rests largely on the poetry he wrote in this middle period. When Browning died in 1889, he was regarded as a sage and philosopher-poet.

Progress is the law of life; man is not man as yet.

Who keeps one thing in view makes all things serve.

We must approach this matter in an entirely different manner. It is great and mystical; it is no common thing, nor is it given to every man. Wisdom alone is not enough; a man needs a certain degree of readiness.

The great sages throughout time have recognized that we are born with seeds of the soul, but they must be nurtured if they are to flower. We are not born... END_OF_DOCUMENT_TOKEN_TO_BE_REPLACED