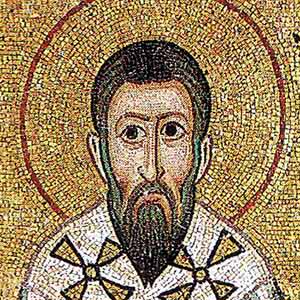 Saint Dionysius the Areopagite (circa 1st century A.D.) was a judge at the Areopagus Court in Athens. As related in the Acts of the Apostles, he was converted to Christianity by the preaching of Paul the Apostle during the Areopagus sermon. After his conversion, Dionysius became the first Bishop of Athens. He is venerated as a saint in Catholic and Eastern Orthodox Christianity. He is the patron saint of Athens and is venerated as the protector of the Judges and the Judiciary.

Quotes by Saint Dionysius the Areopagite…

It is no mistake then to speak of God and to honor him as known through all being… But the way of knowing God that is most worthy of Him is to know Him through unknowing, in a union that rises above all intellect. The intellect is first detached from all beings, then it goes out of itself and is united to rays more luminous than light itself. Thanks to these rays it shines in the unfathomable depths of Wisdom. It is no less true, however, as I have said, that this Wisdom can be known from every reality.

Let us put the ideas of our mind, just as we put things of the laboratory, to the test of experience.

Human beings have always looked for solace in troubled times. When we feel discouraged, or overcome with sadness, we say we’re in a dark place, and all we want is... END_OF_DOCUMENT_TOKEN_TO_BE_REPLACED