Saint John of the Cross Quotes 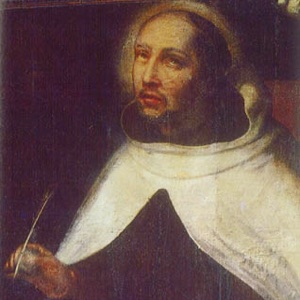 Saint John of the Cross (1542 – 1591), a Carmelite friar and priest of Marrano origin, was a major figure of the Spanish Counter-Reformation, a mystic and a Roman Catholic saint. St. John of the Cross is known especially for his writings. Known also as John Yepes, both his poetry and his studies on the development of the soul are considered the summit of mystical Spanish literature. Two of his poems, the Spiritual Canticle and the Dark Night of the Soul, are widely considered masterpieces of Spanish poetry. He was mentored by and corresponded with the older Carmelite, Teresa of Avila.

Quotations by St. John of the Cross…

On this road, therefore, to abandon one’s own way is to enter on the true way, or, to speak more correctly, to advance to the goal… for the spirit which has courageously resolved on passing, inwardly and outwardly, beyond the limits of its own nature, enters the limitless higher world.

In deepest solitude
I found the narrow way,
a secret giving such release
that I was stunned and stammering,
rising above all science.

Love is ever the beginning of knowledge, as fire is of light.

Talk summary: In this short talk featuring music performed live at Life of Learning Foundation in Southern Oregon, Guy Finley talks about the music and rhythm of life itself, and... END_OF_DOCUMENT_TOKEN_TO_BE_REPLACED