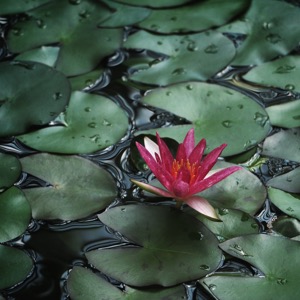 Zenkei Shibayama (1894 – 1974), a former Abbot of Nanzen-ji, was a Japanese Rinzai master well known for his commentary on the Mumonkan. Shibayama also taught at Otani University and was the head abbot of the entire Nanzen-ji Organization, overseeing the administration of over five hundred temples. Due to a number of lecture tours he undertook to the United States in the 1960’s, and the translation of several of his books into English, Shibayama was a significant contributor to the establishment of Zen in America.

The mirror is thoroughly egoless and mindless. If a flower comes it reflects a flower, if a bird comes it reflects a bird. It shows a beautiful object as beautiful, an ugly object as ugly. Everything is revealed as it is. There is no discriminating mind or self-consciousness on the part of the mirror. If something comes, the mirror reflects. If it disappears, the mirror just lets it disappear… no traces of anything are left behind. Such non-attachment, the state of no-mind, or the truly free working of a mirror is compared here to the pure and lucid wisdom of Buddha.

Fortune brings in some boats that are not steered.

I needed some inspiration for this month’s OneJourney Newsletter Article, so I decided to visit the Living Book on the OneJourney site. When I got there I looked at the... END_OF_DOCUMENT_TOKEN_TO_BE_REPLACED