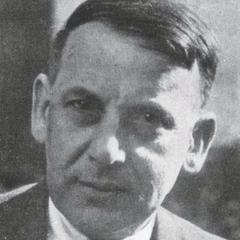 Alfred Richard Orage (1873 – 1934) was a British intellectual, now best known for editing the magazine The New Age. In 1894 he became a schoolteacher in an elementary school in Leeds. In 1905 Orage resigned his teaching position and moved to London, where he bought and began editing The New Age. In 1924 Orage sold the magazine and went to France to study with the Russian mystic, George Gurdjieff. He was later sent to America by Gurdjieff to raise funds and lecture on the new system of self-development.

Be comforted. Our life is but one day of our Life. Let go!

Whether we are in a pleasant or a painful state depends, finally, upon the kind of matter that pervades and engrosses our consciousness.

Guy Finley explains that as we persist with the intention to slow down, we will gradually come to see that underneath our rushing is an agitation that is actually meant... END_OF_DOCUMENT_TOKEN_TO_BE_REPLACED