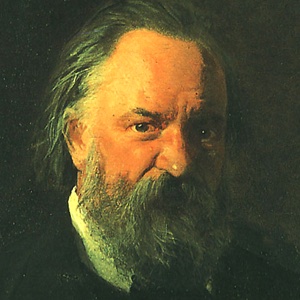 Alexander Ivanovich Herzen (1812 – 1870) was a Russian writer and political activist. He viewed the aristocracy in Russia as corrupt and oppressive, and believed that an agrarian collectivist model would advance individual rights and freedoms for all people. While exiled in London, he founded the Free Russian Press, becoming the first independent Russian political publisher. His publications were circulated illegally in Russia and helped to influence the political climate that led to the emancipation of the serfs in 1861. Herzen’s most remembered work is his autobiography, My Past and Thoughts, written over a span of eighteen years.

If you are content with the old world, try to preserve it; it is sick… But if you can no longer live in the eternal conflict between your convictions and life, thinking one way and acting another, take it upon yourselves to leave the shelter of the pale and ruinous arches.

And if He closes before you the ways and passes all, He’ll show a hidden pathway which nobody has known.

Most of us have known many different kinds of love. There’s the love of sweethearts. The love of children and family. The love of the things we do, and of... END_OF_DOCUMENT_TOKEN_TO_BE_REPLACED