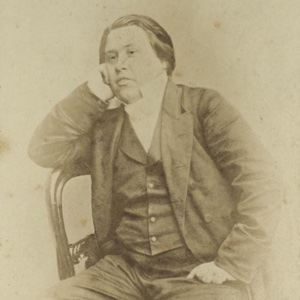 Charles Spurgeon (1834 – 1892), the descendant of several generations of independent ministers, was England’s best-known preacher for most of the second half of the nineteenth century. He became a Baptist in 1950, at the age of 15, and preached his first sermon later that year. Spurgeon was an author of many types of works including sermons, one autobiography, commentaries, books on prayer, devotionals, magazines, poetry, hymns, and more. His weekly sermons, which sold for a penny each, were widely circulated and still remain one of the all-time best selling series of writings published in history.

It is said that if Noah’s Ark had had to be built by a company, they would not have laid the keel yet, and it may be so. What is many men’s business is nobody’s business. The greatest things are accomplished by individuals.

God’s divinity comes of my humility, and this may be demonstrated as follows. It is God’s peculiar property to give; but He cannot give unless something is prepared to receive his gifts. If, then, I prepare my humility to receive what He gives, by my humility I make God a giver. Since it is His nature to give, I am merely giving God what is already His own.

It is like a rich man who wants to be a giver but must first find a taker, since without a taker he cannot be a giver. Similarly, if God is to be a giver, He must first find a taker, but no one may be a taker of God’s gifts except by his humility. Therefore, if God is to exercise his divine property by his gifts, He well may need my humility; for apart from humility He can give me nothing — without it I am not prepared to receive His gift. That is why it is true that by humility I give divinity to God.

Of all the incredible emotions in the world, there is probably none that so easily turns us upside down and inside out — none so commanding and fascinating, all at... END_OF_DOCUMENT_TOKEN_TO_BE_REPLACED