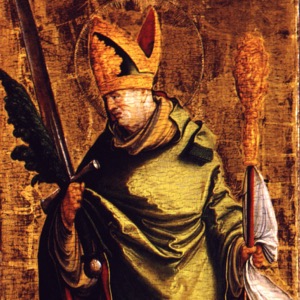 Cyprian (circa 200 – 258) was bishop of Carthage and a notable Early Christian writer, many of whose Latin works are extant. He is also recognised as a saint in the Christian churches. He was born around the beginning of the 3rd century in North Africa, perhaps at Carthage, where he received a classical education. Soon after converting to Christianity, he became a bishop in 249. His skillful Latin rhetoric led to his being considered the pre-eminent Latin writer of Western Christianity until Jerome and Augustine.

Quotes by Cyprian of Carthage…

Only the merciful can merit God’s mercy.

Those who are believed to be the most mild and humble are usually the most ambitious and envious.

Over the last several months we’ve witnessed a chain of shocking events involving both war and personal tragedy. Why do people fight? Why do people hate their own lives? In... END_OF_DOCUMENT_TOKEN_TO_BE_REPLACED

Be a lamp unto yourself.