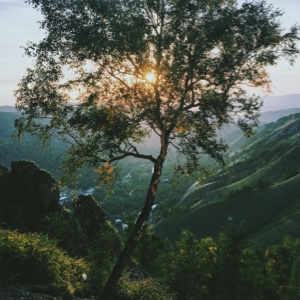 David Bohm (1917 – 1992) was an American scientist who has been described as one of the most significant theoretical physicists of the 20th century, and who contributed unorthodox ideas to quantum theory, neuropsychology and the philosophy of mind. Bohm advanced the view that quantum physics meant that the old model of reality — that there are two kinds of substance, the mental and the physical, that somehow interact — was too limited. Bohm warned of the dangers of rampant reason and technology, advocating instead the need for genuine supportive dialogue, which he claimed could broaden and unify conflicting and troublesome divisions in the social world. Bohm’s main concern was with understanding the nature of reality in general and of consciousness in particular as a coherent whole, which according to Bohm is never static or complete but rather an unfolding process.

Whatever you think appears in consciousness as a show. That’s the way thought works to display its content, as a show of imagination. Therefore if you think the observer is separate from the observed, it’s going to appear in consciousness as two different entities. The point is that the words will seem to be coming from the observer who knows, who sees, and therefore they are the truth, they are a description of the truth. That’s the illusion.

It is not humility to insist on being someone that you are not. It is as much as saying that you know better than God who you are and who you ought to be. How do you expect to arrive at the end of your own journey if you take the road to another man’s city? How do you expect to reach your own perfection by leading somebody else’s life? His sanctity will never be yours. You must have the humility to work out your own salvation in a darkness where you are absolutely alone…

For pride, which is the inordinate attribution of goods and values and glories to one’s own contingent self, cannot exist where there is no contingent self to which anything can be attributed.

All those wise and great beings who have come before us — whether from Asia, India, Europe, the Americas, and from across time — have all shared in the same... END_OF_DOCUMENT_TOKEN_TO_BE_REPLACED