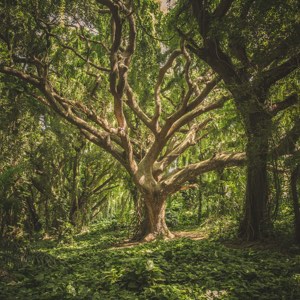 David Whyte (1955) is an English poet. He is quoted as saying that all of his poetry and philosophy is based on “the conversational nature of reality.” He attributes his poetic interest to both the songs and poetry of his mother’s Irish heritage and to the landscape of West Yorkshire, where he grew up. He has commented that he had “a Wordsworthian childhood”, in the fields, woods and on the moors. Whyte has a degree in Marine Zoology and in his twenties worked as a naturalist and lived in the Galapagos Islands. He has led anthropological and natural history expeditions in the Andes, the Amazon and the Himalayas.

In this high place
it is as simple as this,
Leave everything you know behind.

Step toward the cold surface,
say the old prayer of rough love
and open both arms.

Those who come with empty hands
will stare into the lake astonished,
there, in the cold light
reflecting pure snow,
the true shape of your own face.

Peace of mind! That is something essential to any enjoyment of the present moment, and unless its separate moments are enjoyed, there is an end to life’s happiness as a whole. We should always recollect that today comes only once, and never returns. We fancy that it will come again tomorrow, but tomorrow is another day, which, in its turn, comes only once.

In this video clip Guy tells us that the only thing we’re captive of is not understanding who and what we are and why we are on this Earth. END_OF_DOCUMENT_TOKEN_TO_BE_REPLACED