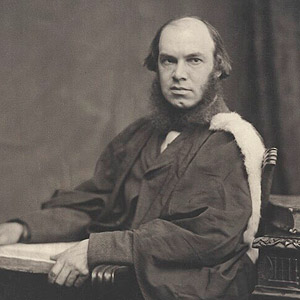 Edward Caird (1835 – 1908) was a Scottish philosopher. The younger brother of the theologian John Caird, he was the son of engineer John Caird. In 1866, he was appointed to the Chair of Moral Philosophy at Glasgow, which he held until 1893. In that year he became Master of Balliol College, from which he retired in 1907. He was elected a Honorary Fellow of the Royal Society of Edinburgh in 1900.

Self-government is indeed, the noblest rule on earth… The object of a loftier ambition than the possession of crowns or sceptres. The truest conquest is where the soul is bringing every thought into captivity to the obedience of Christ. The monarch of his own mind is the only real potentate.

It is not necessary to think of revelation as a source of knowledge which is either contrary to reason or above reason… On the contrary it would not be difficult to show that the true idea of revelation, that which is most honoring to God, is at the same time that which is most ennobling to man — the idea, that is, of a revelation which addresses itself not to the ear or the logical understanding only, but to the whole spiritual nature.

For whilst in one sense we give up self to live the universal and absolute life of reason, yet that to which we thus surrender ourselves is in reality our truer self. The life of absolute truth or reason is not a life that is foreign to us. If it is above us, it is also within us. In yielding to it we are not submitting to an outward and arbitrary law or to an external authority, but to a law which has become our own law, an authority which has become enthroned in the inmost essence of our being.

It is the prerogative of man’s spiritual nature that he can yield himself up to a thought and will that are infinitely larger than his own.

The longer I live, the more convincing proofs I see of this truth: that God governs in the affairs of men.

We’re so happy you found the OneJourney project. This is just to touch base with you and offer you a few welcome gifts. Free 1-Hour Video Signup for our newsletter... END_OF_DOCUMENT_TOKEN_TO_BE_REPLACED