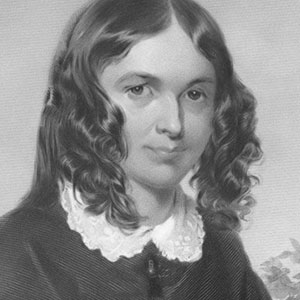 Elizabeth Barrett Browning (1806 – 1861) was an English poet of the Victorian era, popular in Britain and the United States during her lifetime. The eldest of 12 children, Browning wrote poetry from about the age of six. At 15 she became ill, suffering intense head, spinal pain and frail health for the rest of her life. Her first adult collection of poems was published in 1838 and she wrote prolifically between 1841 and 1844, producing poetry, translation and prose. Browning’s work had a major influence on prominent writers of the day, including the American poets Edgar Allan Poe and Emily Dickinson.

Earth’s crammed with heaven,
And every common bush afire with God.
But only he who sees, takes off his shoes,
The rest sit round it and pluck blackberries,
And daub their natural faces unaware.

You cannot prevent the birds of sadness from flying over your head, but you can keep them from building nests in your hair.

Talk summary: In this podcast, Guy Finley talks about our present level of mind that spends its energy trying to resolve the very problems that it creates.   Talk notes:... END_OF_DOCUMENT_TOKEN_TO_BE_REPLACED