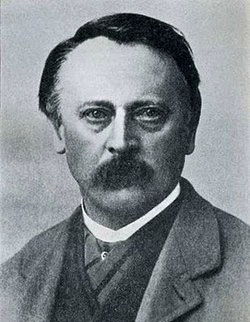 Franz Hartmann (1838 – 1912) was a German medical doctor and author. Hartmann loved solitude and had a deep appreciation of nature. After serving in the war between Austria and Italy he became a physician, and emigrated to America a few years later. During his travels, Hartmann deliberately associated himself with people of various religious backgrounds. His published works include several books on esoteric studies and biographies, including Personal Christianity, A Science: The Doctrines of Jacob Boehme, the God-Taught Philosopher.

But where can man find the truth? If he seeks deep enough in himself he will find it revealed. Each man may know his own heart. He may send a ray of his intelligence into the depths of his soul and search its bottom; he may find it to be as infinitely deep as the sky above his head. He may find corals and pearls, or watch the monsters of the deep. If his thought is steady and unwavering, he may enter the innermost sanctuary of his own temple and see the goddess unveiled. Not everyone can penetrate into such depths, because the thought is easily led astray; but the strong and persistent searcher will penetrate veil after veil, until at the innermost center he discovers the germ of truth, which, awakened to consciousness, will grow into a sun that illuminates the whole of the interior world, wherein everything is contained.

There is no consolation except in truth alone.

When it comes to growing into our best selves, we humans do a lot of thinking. We think about what’s wrong with ourselves. We talk to ourselves about who we... END_OF_DOCUMENT_TOKEN_TO_BE_REPLACED