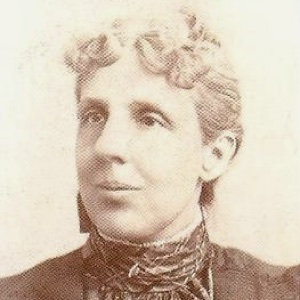 Harriet Emilie Cady (1848 – 1941) was an American homeopathic physician and author of spiritual writings. Her 1896 book, Lessons in Truth, A Course of Twelve Lessons in Practical Christianity is now considered one of the core texts on Unity Church teachings. It has sold over 1.6 million copies since its first publication, and has been translated into eleven languages and braille. Cady’s first job was as a schoolteacher in a one-room schoolhouse in her hometown. In the late 1860s, she decided to pursue the field of medicine. She was inspired and influenced by Biblical teachings and the philosophy of Ralph Waldo Emerson.

The moment that any man really comes to recognize that which is absolute Truth — namely, that one Spirit, even the Father, being made manifest in the Son, ever lives at the center of all human beings — he will know that he can cease forever from any undue anxiety about bringing others into the same external fold that he is in. If your friend or your son or your husband or your brother does not see Truth as you see it, do not try by repeated external arguments to convert him.

Where there is honey, there are bees.

Is it possible for fear to disappear? Let’s find out. And let me say at the outset, I’m not talking about the fear of meeting a bear or driving through... END_OF_DOCUMENT_TOKEN_TO_BE_REPLACED