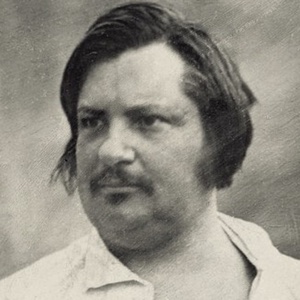 Honore de Balzac (1799 – 1850) was a French novelist and playwright. The novel sequence La Comedie Humaine, which presents a panorama of post-Napoleonic French life, is generally viewed as his magnum opus. Owing to his keen observation of detail and unfiltered representation of society, Balzac is regarded as one of the founders of realism in European literature. He is renowned for his multi-faceted characters. Even his lesser characters are complex, morally ambiguous and fully human. La Comedie Humaine reflects his real-life difficulties, and includes scenes from his own experience. Many of Balzac’s works have been made into films, and they continue to inspire other writers.

The winter’s frost must rend the burr of the nut before the fruit is seen. So adversity tempers the human heart, to discover its real worth.

Man judges all things by his abstractions — good, evil, virtue, crime. His formulas of right are his scales, and his justice is blind. The justice of God sees — in that is everything.

It matters not what our evils are… hardness of heart, covetousness, wrath, pride, and ambition, etc., our remedy is always one and the same, always at hand, always certain and infallible.

We can’t imagine there could be understanding and wisdom without thinking… and yet the true answers we seek can only be found in a realm above thought that’s connected to... END_OF_DOCUMENT_TOKEN_TO_BE_REPLACED