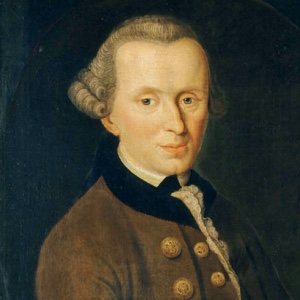 Immanuel Kant (1724 – 1804) was a German philosopher. He lived his whole life in Koenigsberg (known today as Kaliningrad, Russia), which was then the capital of East Prussia. At the age of eight he began his formal education at a Latin school, later graduating from the University of Koenigsberg. He worked as a tutor for nine years, before becoming a lecturer at the university. In 1770, he was appointed to the Chair of Logic and Metaphysics. His doctrine of Transcendental Idealism is found throughout his most famous works: the Critique of Pure Reason, the Critique of Practical Reason, and the Critique of the Power of Judgment.

Only the descent into the hell of self-knowledge can pave the way to Godliness.

Ring the bell that still can ring.
Forget the perfect offering.
There is a crack in everything.
That’s how the light gets in.

By and large, at least for most of us, it seems very important that we appear strong in the eyes of others. That no one can push us around. That... END_OF_DOCUMENT_TOKEN_TO_BE_REPLACED