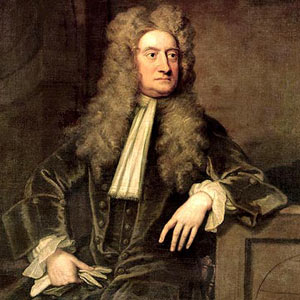 Isaac Newton (1642 – 1726) was an English mathematician, physicist, astronomer, theologian, and author who is widely recognized as an influential scientist. His book Philosophiae Naturalis Principia Mathematica (Mathematical Principles of Natural Philosophy), first published in 1687, laid the foundations of classical mechanics. Newton also made seminal contributions to optics, and shares credit for developing infinitesimal calculus. He was a fellow of Trinity College and Professor of Mathematics at the University of Cambridge, later moving to London to take up the post of warden of the Royal Mint.

If I have ever made any valuable discoveries, it has been owing more to patient attention, than to any other talent.

There is no pleasing the fear that you may displease others.

Cultures around the world set aside a day each year to express gratitude. Depending on the culture, the date varies, but it’s usually held around harvest time, when people have... END_OF_DOCUMENT_TOKEN_TO_BE_REPLACED