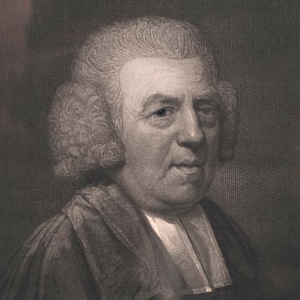 John Newton (1725 – 1807) was an English Anglican clergyman and abolitionist. He began a career at sea at the age of eleven. Within a few years he was working on a slave ship, becoming a slave himself for a short time. Upon his return from West Africa he continued to work in the slave trade for another six years. He then turned to religious study and became a well known lay minister until he was finally ordained as a priest in 1764. Years later he published a pamphlet entitled Thoughts Upon the Slave Trade, and became a voice in the campaign to abolish the African slave trade. He is best known for his hymn, Amazing Grace.

Many have puzzled themselves about the origin of evil. I am content to observe that there is evil, and that there is a way to escape from it; and with this I begin and end.

If two angels were sent down from heaven — one to conduct an empire, and the other to sweep a street — they would feel no inclination to change employments.

This is the time of year when many of us think about new beginnings. Each New Year’s Day we write the date — 1/1 — and our hopes are that... END_OF_DOCUMENT_TOKEN_TO_BE_REPLACED