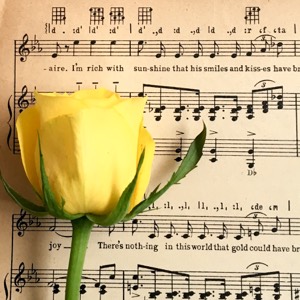 Leonard Cohen (1934 – 2016) was a Canadian singer, songwriter, poet, and novelist. His work explored religion, politics, isolation, and romantic relationships. Cohen was inducted into the Canadian Music Hall of Fame, the Canadian Songwriters Hall of Fame, and the Rock and Roll Hall of Fame. Cohen pursued a career as a poet and novelist during the 1950’s and early 1960’s, not launching his music career until 1967, at the age of 33.

Ring the bell that still can ring.
Forget the perfect offering.
There is a crack in everything.
That’s how the light gets in.

And Jesus was a sailor
When he walked upon the water
And he spent a long time watching
From his lonely wooden tower
And when he knew for certain
Only drowning men could see him
He said “All men will be sailors then
Until the sea shall free them.”

Avoiding suffering doesn’t seem like an option in this world of ours. But what if you could bring your pain into a new order of understanding and then use it... END_OF_DOCUMENT_TOKEN_TO_BE_REPLACED