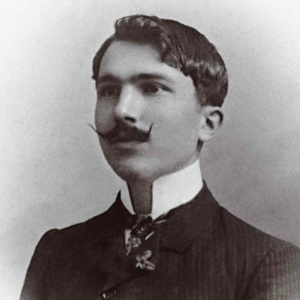 Nikos Kazantzakis (1883 – 1957) was a Greek writer. Widely considered a giant of modern Greek literature, he was nominated for the Nobel Prize in Literature nine times. His novels included Zorba the Greek (published 1946 as Life and Times of Alexis Zorbas), Christ Recrucified (1948), Captain Michalis (1950, translated Freedom or Death), and The Last Temptation of Christ (1955). He also wrote plays, travel books, memoirs and philosophical essays such as The Saviors of God: Spiritual Exercises. His fame spread in the English-speaking world due to cinematic adaptations of Zorba the Greek (1964) and The Last Temptation of Christ (1988).

Since we cannot change reality, let us change the eyes which see reality.

I have given you the refreshing drink called the perception of truth, and he who drinks of it becomes free from excitement, passion, and wrong-doing.

Everyone wonders whether or not there is one great secret for truly successful living. There is. And it is not a secret. It has been quietly, steadily telling itself right... END_OF_DOCUMENT_TOKEN_TO_BE_REPLACED