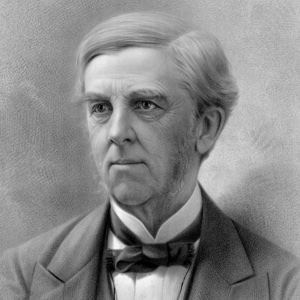 Oliver Wendell Holmes, Sr. (1809 – 1894) was an American physician, poet, and polymath. A member of the Fireside Poets, he was acclaimed by his peers as one of the best writers of the day, and although mainly known as a poet, Holmes wrote numerous medical treatises, essays, novels, memoirs and table-talk books. His most famous prose works are the Breakfast-Table series, which began with The Autocrat of the Breakfast-Table (1858). He briefly studied law before turning to the medical profession. In addition to his work as an author, poet, and physician, Holmes also served as a professor, lecturer and inventor and, although he never practiced it, he received formal training in law.

Humility may be taken for granted as existing in every sane human being, but it may be that it most truly manifests itself today in the readiness with which we bow to new truths as they come from the scholars, the teachers, to whom the inspiration of the Almighty giveth understanding.

Truth is tough. It will not break, like a bubble, at a touch… you may kick it about all day, like a football, and it will be round and full at evening.

The great thing in this world is not so much where we stand as in what direction we are moving.

All religions, arts and sciences are branches of the same tree.

The other day I had an experience I’ve had countless times during my life, and I think it’s likely that you have had it too. I was going about my... END_OF_DOCUMENT_TOKEN_TO_BE_REPLACED