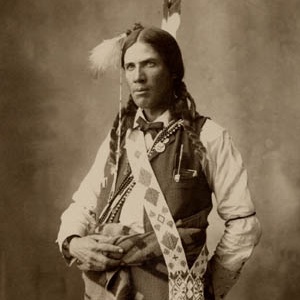 The Omaha Tribe began as a larger Woodland tribe, which inhabited the area near the Ohio and Wabash rivers around the year 1600. As the tribe migrated west, it split into what became the Omaha and the Quapaw tribes. The Omaha settled near the Missouri River in what is now northwestern Iowa. The tribe was the first in that region to adopt equestrian culture, and also developed an extensive trading network with early European explorers and French Canadian voyagers. Their population was recorded to be between 5,000 and 6,000 at the beginning of the 21st century. Music and oral tradition play important roles in the preservation and perpetuation of Omaha culture.

Kindness is to use one’s will to guard one’s speech and conduct so as not to injure anyone.

Everyone wonders whether or not there is one great secret for truly successful living. There is. And it is not a secret. It has been quietly, steadily telling itself right... END_OF_DOCUMENT_TOKEN_TO_BE_REPLACED