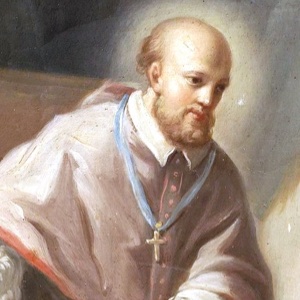 Saint Francis de Sales (1567 – 1622) was a Bishop who is honored as a saint in the Catholic Church. While at the Collège de Clermont in Paris, he underwent a spiritual crisis that led to him dedicate his life to God with a vow of chastity. In 1592 de Sales received his doctorate in law and theology, and rather than fulfilling his father’s expectations of a political-military career, he was ordained as a priest in 1593. Immediately he received a promised appointment as provost of the cathedral chapter of Geneva, later becoming Bishop of Geneva. He became noted for his deep faith and his gentle approach to the religious divisions in his land resulting from the Protestant Reformation. He is known also for his writings particularly the Introduction to the Devout Life and the Treatise on the Love of God.

I never think upon eternity without receiving great comfort. For I say to myself, “How could my soul grasp the idea of everylastingness, if the two were not related in some way?”

Reality is simply the loss of ego. Destroy the ego by seeking its identity. Because the ego is no entity it will automatically vanish and reality will shine forth by itself.

The great sages throughout time have recognized that we are born with seeds of the soul, but they must be nurtured if they are to flower. We are not born... END_OF_DOCUMENT_TOKEN_TO_BE_REPLACED