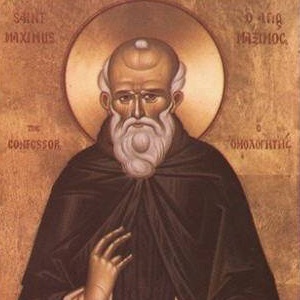 Saint Maximus the Confessor (circa 580 – 662) was a Christian monk, theologian, and scholar. In his early life, Maximus was a civil servant and an aide to the Byzantine Emperor Heraclius, later giving up this life in the political sphere to enter into the monastic life. Maximus’ refusal to accept popular dogma caused him to be convicted of heresy twice. Maximus is venerated as a saint and recognized as a Father of the Church in both the Eastern Orthodox and Roman Catholic churches. A number of Maximus’ works are included in the Greek Philokalia.

Quotes by Maximus the Confessor…

Only love overcomes the fragmentation of human nature.

There is a divine sense higher than human sense, that enables those of pure heart to see God.

Until we realize that continually identifying with our own conflicting desires about how to win peace of mind is like using a cannon blast to light a candle, we will... END_OF_DOCUMENT_TOKEN_TO_BE_REPLACED