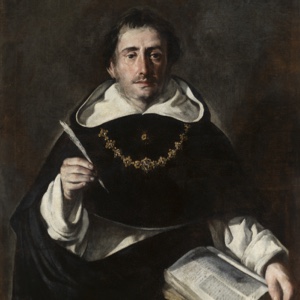 Thomas Aquinas (1225 – 1274) was an Italian Dominican friar. He is an immensely influential philosopher, theologian, and jurist in the tradition of scholasticism. Aquinas identifies his ancestral origins in the county of Aquino in present-day Lazio, Italy. His influence on Western thought is considerable, and much of modern philosophy developed or opposed his ideas, particularly in the areas of ethics, natural law and metaphysics. Aquinas embraced several ideas put forward by Aristotle and attempted to synthesize Aristotelian philosophy with the principles of Christianity.

All the efforts of the human mind cannot exhaust the essence of a single fly.

As goes your attention, so comes your experience.

Even though we all know the harm it does to lash out at others, to launch an angry attack or act with cruel intent, we still tend to do these... END_OF_DOCUMENT_TOKEN_TO_BE_REPLACED