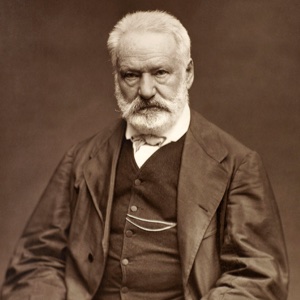 Victor Hugo (1802 – 1885) was a French poet, novelist, and dramatist. Following a chaotic childhood, he studied law for a time, but soon chose to pursue a career in writing. He later became involved in politics and lived in exile for fifteen years for his opposition to the rule of Napoleon III. Known throughout the world for his novels The Hunchback of Notre-Dame (1831) and Les Miserables (1862), he also wrote critical essays, political speeches, letters, and scripts. He is celebrated in France as one of their greatest poets. He also produced more than 4,000 drawings in his lifetime.

Press on! A better fate awaits you.

For God grants wisdom from His mouth together with perception and practical wisdom, and stores up help for the righteous.

Odes of Solomon (circa 1st-century A.D.)

It’s well known that storm-tossed waves often expose new treasures along the shoreline; there is unexpected wealth to be collected by those who know the secret value of rough seas.... END_OF_DOCUMENT_TOKEN_TO_BE_REPLACED