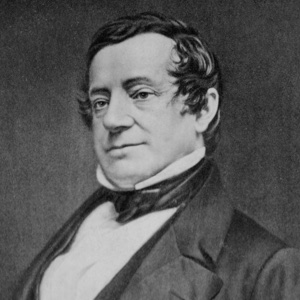 Washington Irving (1783 – 1859) was an American writer, historian, and diplomat. He was raised in Manhattan as part of the city’s merchant class. From an early age, he preferred drama and adventure stories to his studies. Following the War of 1812, he moved to England to try and save his family’s trading company. While he was there he published The Sketch Book of Geoffrey Crayon, Gent., which contains his two most famous works, The Legend of Sleepy Hollow and Rip Van Winkle. While he is best known for his short stories, he also wrote essays and biographies.

There is in every true woman’s heart a spark of heavenly fire, which lies dormant in the broad daylight of prosperity; but which kindles up, and beams, and blazes in the dark hour of adversity.

The anger of an ape — the threat of a flatterer — these deserve equal regard.

A holiday of thanksgiving is a common practice around the world today, and dates back to celebrations in ancient Greece and China. Since this is November, when the holiday of... END_OF_DOCUMENT_TOKEN_TO_BE_REPLACED